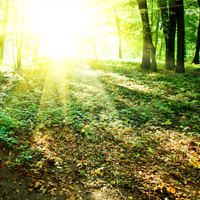 Rosario J. Pusateri of Louisville, Ohio, passed away surrounded by family on August 12, 2022, after two years with cancer. He was born August 3, 1960, in Cleveland, Ohio. He was a parishioner at St. Louis Catholic Church. He graduated from St. Thomas Aquinas High School in 1978 and joined the family business with his father and later brothers, Pusateri Sales Inc. He enjoyed farming, hunting, fishing, but most of all being with his family.

Stubbornness or persistence, either way Rosario got things done. As when we were children, he had the plan, took the risk, and accepted the blame when things went wrong. As an adult he had the same determination, like moving back home from southern Indiana so his children could be close to family and attend St. Thomas Aquinas High School. And with that same quality, he faced cancer with courage making sure Karol and his family were taken care of and readying himself for his last days.

Our family is blessed to have had him, and still have him, as part of our lives forever. We love him and will miss him every time we are together. Rest in peace, Rosario.

Preceded in death by Rosario Pusateri, his dad.

Survived by wife, Karol and children, Rosario III, Joseph (Kaye), and Dominic; and stepchildren, Tony Occhiuto, and Karra (Ashton), along with grandchildren, Wyatt and Wayne.

Grandnieces and nephews: Willow and Cypress Mayes, and hopefully many more to come.

Condolences and special memories of Rosario can be shared with his family online at www.paquletfalk.com.