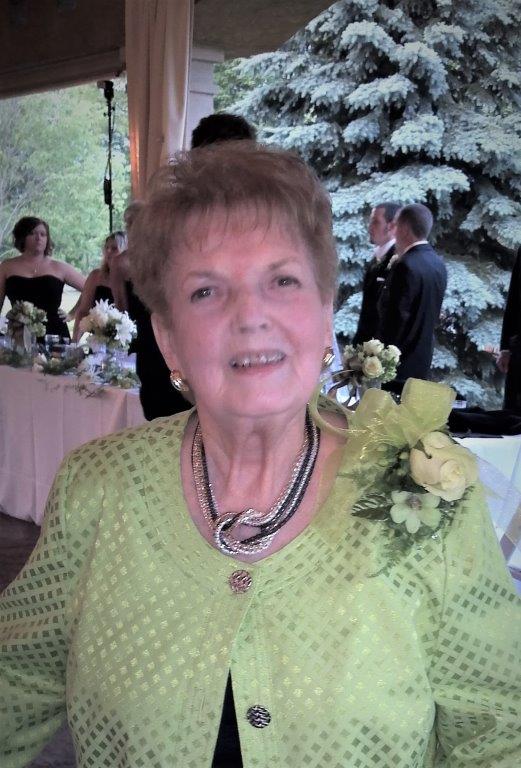 Phyllis J. “Phee” Nees, age 91, of Louisville, Ohio passed away peacefully on July 25, 2019 in the Compassionate Care Center at Aultman Woodlawn in Canton, Ohio.
Phyllis was born August 25, 1927 in Louisville, Ohio to the late Ralph E. and Dorothy L. (Harsh) Cassler. She was a graduate of Louisville High School class of 1945 and class Valedictorian. She was a member of St. Louis Catholic Church.

In addition to her parents, Phyllis was preceded in death by her husband, John A. Nees, owner of Nees Pharmacy, whom she married September 11,1948; her daughters, Catherine A. (Currie) Wartman, and Sarah A. (Joseph) Antochow.

Phyllis lived a full life devoted to family and was respected and admired by her children and grandchildren. She was the heart of our family. Phyllis was passionate about The Ohio State Buckeyes and the Cleveland Indians.

The family will greet friends Sunday, July 28th from 2-4 pm at the Paquelet-Falk Funeral Home in Louisville, Ohio. Mass of Christian Burial will be Celebrated Monday, July 29th at 11:00 am at St. Louis Catholic Church with Fr. Robert Miller officiating. Phyllis will be laid to rest beside her husband at the Ohio Western Reserve National Cemetery in Seville, Ohio on Tuesday, July 30, 2019 at 12:45 pm.

The family wishes to thank the Hospice Care team members at Aultman Woodlawn Compassionate Care Center for the loving care they gave to our mother and to us. So very much appreciated. Condolences can be shared with the family online at www.paqueletfalk.com.