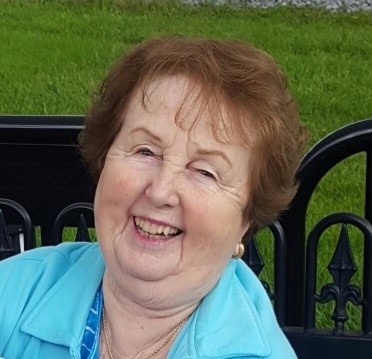 Marilyn Louise Johnston age 90,  quietly left this world on August 4th, 2022, to join her husband of 70 years – Frank who has been waiting for her for since June 4th.   She was born in Pittsburgh, PA on February 25th, 1932, the daughter of Louis and Flora (Cleaver) Wenk .  Marilyn attended Langley High School in Pittsburgh and married Frank in 1951. The Johnstons moved to Ohio where they spent the rest of their lives.  Marilyn was a homemaker, Girl Scout Leader and retired as a location manager for Dalton Factory Outlet in Canton, Ohio. She was also active in supporting East Canton High School sports programs by volunteering her time for decades.

The Johnston’s were lifetime members of the Methodist Church.   Marilyn was a loving and caring mother, grandmother, great grandmother, sister, aunt and friend.  She was centered around her family and her holiday get-togethers were what she cherished most.

She was preceded in death by her parents; husband, Frank; brother in-law and sister in-law, Bill and Amy Johnston; and an infant daughter.

Marilyn was the anchor for the entire family and always the person who everyone counted on for anything they needed.  She was loved and will be missed by everyone. She is after all, “Mom”.

Calling hours will be Friday, August 12th, 5-7 pm and Saturday, August 13th at 11 am with services following at noon at Paquelet-Falk Funeral Home, 300 S Chapel St., Louisville, Ohio.  Interment to follow at Evergreen Memorial Gardens, Louisville, Ohio.  The family would like to thank the staff at Bethany for their kind and loving support.  In lieu of flowers, donations can be made to the East Canton Athletic Fund.