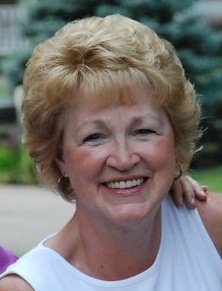 Janet Sue (Noah) Paumier of Nimishillen Township passed away Tuesday, December 15, 2020 in the ICU at Mercy Medical Center in Canton from complications of COVID 19. She was born July 15, 1944 to the late Donald and Viola (Harper) Noah in Scio, Ohio.  She was a 1962 graduate of Scio High School and was a member of the concert band and a majorette.  Janet was employed by local retail businesses including art framing shops and women’s clothing stores.  She was a devoted wife, mother, grandmother and loyal friend to many.  She will always be remembered for her warm and pleasant personality and her enjoyment of music, playing cards, traveling, and spending the winters in Myrtle Beach.

In addition to her parents Janet was preceded in death by her sister, Shirley Davis and a brother Dr. Donald Noah.

The family wishes to express its sincerest gratitude to the ICU staff at Mercy Medical Center for their professional and compassionate care of Janet.  There will be no public services at this time and a Celebration of Life will be held later.  Donations may be made to your favorite charity in Janet’s name.