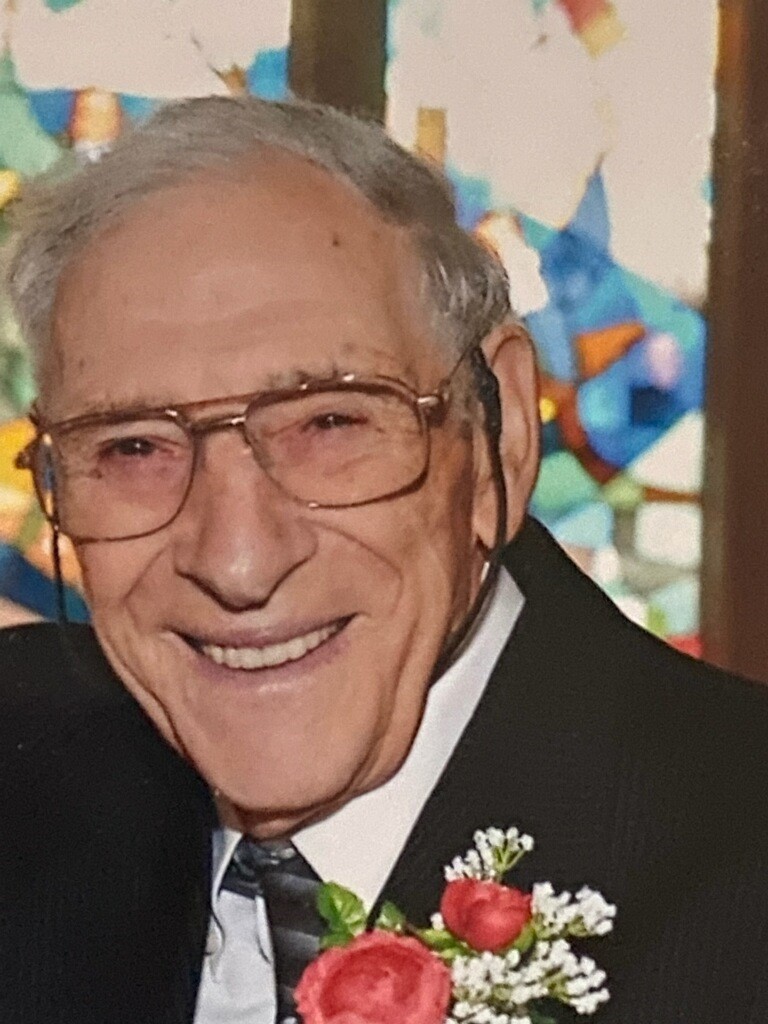 Franklin Albert Johnston age 92,  quietly left this world on June 4th, 2022, surrounded by his family.  He was born in Dennison, Ohio, on February 9th, 1930, the son of Carl  and Grace (Smetts) Johnston.  Frank served in the USAF during the Korean Conflict as an aviation technician.  After military service,  he went on to careers at Republic Steel, Akron General Hospital and the University of Akron, from which he retired after 20 years of service.  On December 28th, 1951 he married Marilyn (Wenk).  They spent the next 70 years together in love.

The Johnstons were lifetime members of the Methodist Church.  Over many decades, he dedicated much of his spare time to filming sports events for East Canton High School.  He and Marilyn volunteered in numerous activities for the school system.  He was also active in the Korean Veterans group.   He was a loving and caring father, grandfather, great grandfather, brother, uncle and friend.  A kind and gentle spirit led Frank to always be helpful to anyone in need and his three girls knew him as “Mr. Fixit”.  Frank was preceded in death by his parents, brother (best friend) and sister-in-law, Bill and Amy Johnston, and an infant daughter.

He is survived by wife Marilyn; daughters, Sharon (Bob) Kraus, Laurie (Joe) Popio, and Allison (Greg) McKiban; nine grandchildren,  Katie, Andy, Adam, Gail, Rachel, Phillip, Nick, Vanessa, and Laura, and six great-grandchildren.  Frank was and is the center of so many lives and those lives are all blessed by having known him.

Calling hours will be Friday, June 10th, 5-7 pm and Saturday, June 11th at 11 am with services following at noon at Paquelet-Falk Funeral Home, 300 S Chapel St., Louisville, Ohio.  Interment to follow at Evergreen Memorial Gardens, Louisville, Ohio.  The family would like to thank the staff at Bethany for their kind and loving support.  In lieu of flowers donations can be made to the East Canton Athletic Fund.