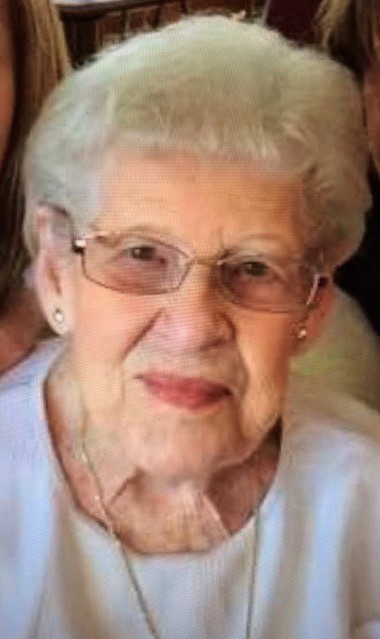 Doris E. Jeffries passed away peacefully October 5, 2020 at St. Joseph Care Center Louisville, Ohio at the age of 94.  She was born November 20, 1925 in Canton, Ohio to the late Willis and Cora (Gossett) Beebe.   She was a wonderful homemaker who was an active member of St. Louis Church.

In addition to her parents, Doris was preceded in death by her High School sweetheart and husband, Patsy Jeffries and five brothers and three sisters.

A private Mass of Christian Burial was held at St Louis Church in Louisville and Doris was laid to rest beside her husband at Calvary Cemetery in Massillon.  In lieu of flowers, the family asks for prayers of Thanksgiving for the Life of Doris.  A life well lived, until we meet again.