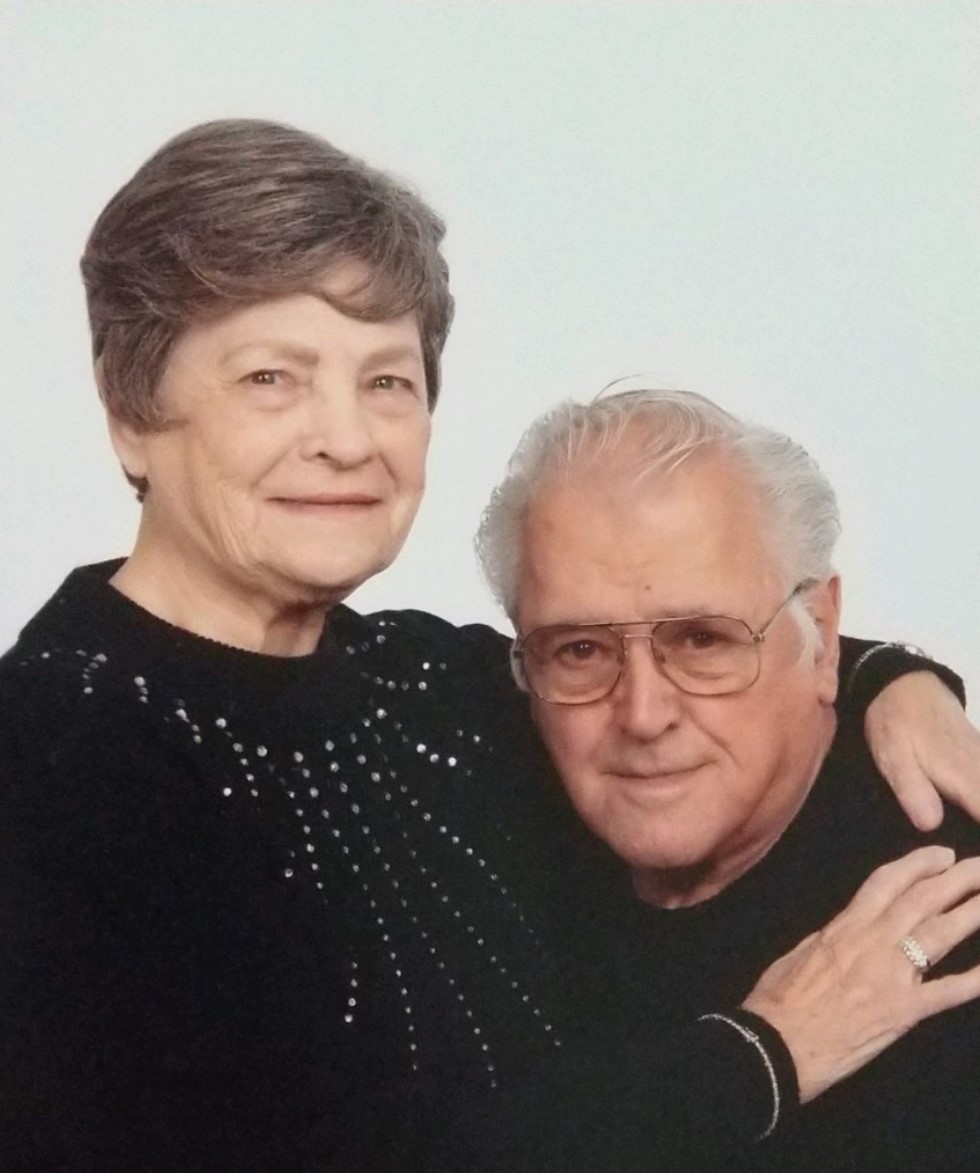 Donna J (Nuske) Szekeres born on June 18th, 1934 of Louisville passed away on Friday, July 1st, 2022 at the age of 88 as an inpatient at Aultman Hospice Compassionate Care Center.  Donna and Martin (Bob) Szekeres were married on May 29th, 1954 are together again after nearly 68 years of marriage when Bob passed away suddenly on April 5th, 2022 while she was at St. Josephs Nursing Home.  Donna cared for Bob at home for 12 years as his Alzheimer’s progressed and often called nephew, Doug Miller or Plain Township EMS to lift and assist Bob when he fell.  Donna graduated from Louisville High School 1953 and was crowned Queen of LHS Football and May Queen her senior year.  She was an attendant to the Football Queen the May Queen’s court her freshman, sophomore and junior years.  Donna was voted most popular and held several class offices including class secretary, senior advisor, class president, class vice president and was in a vocal trio.  Donna worked as a telephone operator at Ohio Bell, Mercy Hospital and Timken Mercy Medical Center retiring at the age of 62 from TMMC with 28 years of service. Donna had a strong faith in God and was a member Calvin Presbyterian Church in Canton since the early 60’s, later renamed Family Christian Church.

Donna enjoyed crocheting afghans and baby blankets for gifts, birthdays and holiday gifts, making intricate lace doilies and lace tablecloths, sewing robes for her kids for Christmas, tending to her flowers, plants, and her beautiful rhododendron and lilac bushes at their home of 42 years in Louisville on Tanglewood.  Donna loved dogs and had many including Driver, Bob’s hunting dog, Rover the beagle they got the kids at the Stark County Fair,  King and Gypsy the German Shepherds family protectors who would patiently stand guard when she put the kids in the corner, Buster for Stevie,  Big beautiful Zeus the Rottweiler for Steve after his motorcycle accident and then he bought big boy Taz the 180# jug head Rottweiler after he was married (Sammy the Rottie after Zeus passed) ,  Spotty the tiny Chihuahua for Pam, Yorkie the Yorkshire terrier, Jasper the Morkiepoo, Rocky and Lola the Yorkiepoo.  Donna also took in Tasha the Shih Tzu when her good friend Jean Stutler passed away.

Donna made delicious homemade plum jams, strawberry jelly and canning hot peppers, always cooking and baking from scratch Bob’s favorite Hungarian dishes every Sunday for family dinner including delivery of hot meals to Bob’s dad Martin and always made sure every family reunion, church function, graduation, birthday, funeral or holiday celebration had plenty of her famous strudel, poppy seed cake, apple coconut pastry, kifli and deep-fried cookies and cabbage rolls.  Every Friday night Donna loved playing bingo with her sisters Dorothy and Rose , daughter Pam and nieces Angie, Debbie and Diane would join occasionally too while Bob and the guys (Bob Miller, Leo Hammond, John Maksim, Jim and Bobby Nuske) played poker at home, whoever hit big at bingo bought the pizzas to take back to the guys!

Donna was a meticulous homemaker and enjoyed hosting family celebrations including her daughter’s wedding reception.   When Steve was around 10 yrs. old Bob and Donna bought a trailer to camp beside the Nuskes and Millers at Tappan Lake playing cards day and night with lots of good food and many laughs around the fire joined by all the kids, grandkids, nieces, nephews and many friends including Dick and Dorothy Wagner, Leroy and Francine Blake. So many good memories boating, water skiing and swimming at Tappan Lake with the Miller and Nuske families.   Donna had a soft spot for foster children and those in need, she endured hard times with her siblings and was in foster care after her parents divorced.  Foster parents Ernest and Ethel Limbach of West Lebanon Ohio were incredibly kind, nurturing and caring to the Nuske children during this difficult time.  The Limbach family was such a blessing, the bond they formed  was never broken.   Donna and her older sister Dorothy went to work to get an apartment and got the younger kids out of foster care.  She had a willing spirit to help those in need, whether family or friends, she took her Grandma Hammond to grocery shop weekly as well as Bob’s father, Martin.

Visiting hours will be Saturday, July 9th, 2022 at 11 AM Paquelet-Falk Funeral home in Louisville.  Service with Pastor Dan Downer presiding at 12PM  burial immediately following at Forrest Hill Cemetery.  Service will be on Facebook Live at 12:00PM for those unable to attend.    Special thanks to Hospice nurses and Dr Marsh, Donna’s good friend and caregiver, Debbie Winters, Donna’s niece, Angie Maksim for all the home cooked meals.    In lieu of flowers, donations can be made Aultman Hospice Compassionate Care Center or Friends of Stark County Dog Warden.