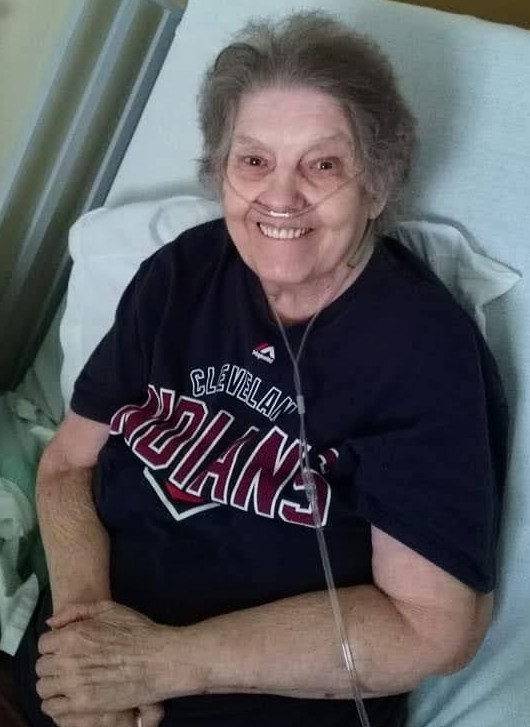 Barbara Lee Martin (nee Thomas) born March 14, 1939 in Cleveland, Ohio passed away peacefully with her family by her side on August 11, 2022.

She was the daughter of the late Thomas and Arline (Patch) Thomas. On June 11, 1960 she married the late Charles Edward Martin, they spent 30 years together until his death in 1990. They had 5 children, Charles Robert, Charles Edward of Ravenna, Thomas Daniel of Streetsboro, Robert Eugene (Sharon) of Georgia, and James Perry (Kim) of Ashland.  She had 7 grandchildren, Shane (Tammy) and Cody (Sarah) Martin of Georgia, Donna (Jason) of Louisville, Barbara (Steve) of Louisville, Robert (Grace) of Alliance, and Dustin, 6 great-grandchildren and several nieces and nephews.

Along with her parents and husband, she was proceeded in death by her two brothers, her infant son Charles Robert, and her grandson Dustin.

Barbara was a kind and loving woman, who became mom and grandma to all who knew her. She loved beyond measure and adored her children and grandchildren with all she had.

The family would like to thank the staff and nurses at Kingston of Ashland for their care and support of mom these last few years, as well as the staff in ICU and St. Johns Hospital in Westlake.

Mom was a huge Cleveland Indians fan, the family would love if you have an Indians shirt, to please wear it the day of the service.

The family asks in lieu of flowers donations be made to the family to help cover final expenses.